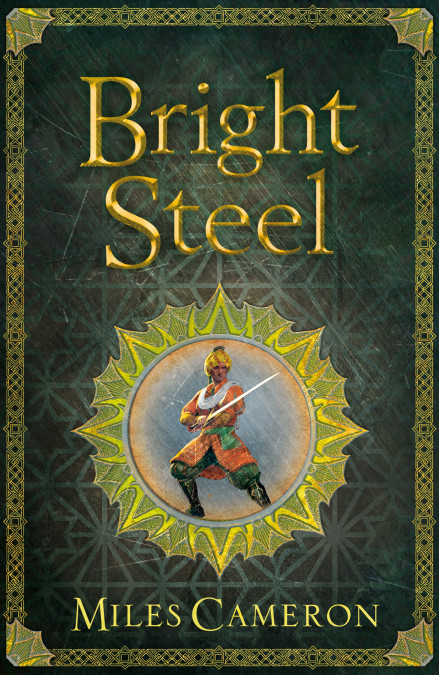 This book was sent to me by the publisher in exchange for an honest review.

Every war comes down to the flash of bright steel, even when the air is full of magic . . .

Aranthur and his friends have come together across different continents and realms with one purpose: to strike back against the forces which have torn a hole in the heavens and threaten to rip the world beneath them apart as well.

With time running short, and treason at home, there are battles to be fought on the field, in the magical arena, and in the ever-deadly realm of politics, and they must succeed on every front or everything will fall. Victory will require enemies to trust one another, old foes to fight together, spies to reveal the truth and steadfast allies to betray long-corrupt rulers.

Is Aranthur, a twenty-year-old student, really the master strategist to bring it all together? And can he and his friends overcome aeons of lies when their plans inevitably fall to pieces? Do they even know, for sure, who the enemy is . . . ?

I took this piece from his own website bio. It was quite hard to find an actual summary on his work.

A few words on Fantasy.  I wrote my first fantasy novel at 14; I promise you will never see it.  I have been a Fantasy reader since my mum read me ‘The Hobbit’ at age 5; I consume Fantasy novels the way some people eat chocolate.  Some of my favorites, and heavy influences on everything I write, and not just Fantasy:  The Lord of the Rings by JRR Tolkien; The Worm Ourobouros, by E.R. Eddison; everything by Glen Cook; everything by Steven Erikson, CJ Cheryh, Larry Niven, David Pournelle, Lois McMaster Bujold, Steven Brust, Jim Butcher and Terry Pratchett.  And perhaps first, William Morris; The Red Knight owes a debt to all these books, but perhaps most to The Sundering Flood.