It’s still #NonFictionNovember here on Always Trust In Books and I am carrying on the week with an update of (quite) a few of the outstanding NF reads that occupy my overflowing TBR. This will most likely be a part one has I have already compiled my list and its not going to all fit on here… I am trying my best to get through these books at lightening pace but unfortunately it is more snail’s pace than anything else. Nevermind! Here are (some of) the many awesome NF reads I need to read and review in 2018.

I was desperate to read The Runaway Species when I first saw it but its been a book that I have consistently put to one side. Not any more! It is time to delve into our potential for creativeness and get inspired!

Our relentless drive to create makes us unique among living creatures. What is special about the human brain that enables us to innovate? Why don’t cows choreograph dances? Why don’t squirrels build elevators to their treetops? Why don’t alligators invent speedboats?Weaving together the arts and sciences, neuroscientist David Eagleman and composer Anthony Brandt explore the need for novelty, the simulation of possible futures, and the social components that drive the inventiveness of our species. Taking us on a tour of human creativity from Picasso to concept cars to umbrellas to lunar travel, Brandt and Eagleman explore the cognitive software that generates new ideas, and illuminate the key facets of a creative mentality. Through understanding our ability to innovate – our most profound, mysterious, and deeply human capacity – we can meet the challenge of remaking our constantly shifting world.

There was a lot of love for Owl Sense when I shared it on my blog last year. I have failed to read it because of the never-ending (excuses) blog tours and events that I have been a part of this year. Owl’s are one of nature’s most majestic creatures and we all interact with them in some way or form in life and literature. I look forward to learning more about Owl’s in the near future! 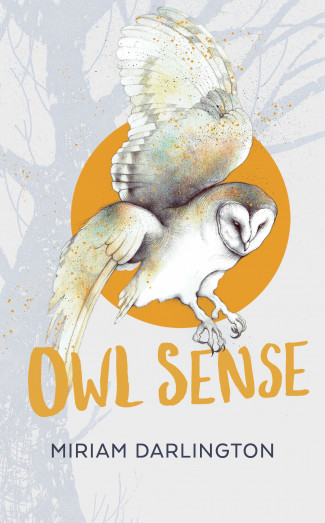 Owls have captivated the human imagination for millennia. We have fixated on this night hunter as predator, messenger, emblem of wisdom or portent of doom. In Owl Sense, Miriam Darlington sets out to tell a new story.

Her fieldwork begins with wild encounters in the British Isles, on the owl walks she takes with her teenage son Benji. From here, Darlington seeks to identify every European species of this charismatic and elusive bird, on a journey that will take her from southern Spain through France, Serbia and Finland, and to the frosted borders of the Arctic.

Along the way, however, Benji succumbs to a mysterious and disabling illness, and her owl quest soon becomes entangled with the search for his cure.

Owl Sense is a book about the wild in nature and in the unpredictable course of our human lives. In her watching and deep listening to owls in the natural world, Darlington cleaves myth from reality and brings the strangeness and magnificence of these creatures to life.

I wish my experience of school was even a trace amount of eccentric or interesting. It was incredibly plain and uninspired. I want to immerse myself in the ‘oddities’ of the education world and find out exactly what I missed out on.

If you think the groves of academe are all stuffiness, elbow patches and greying old men… think again.

Academia Obscura is an irreverent glimpse inside the ivory tower, exposing the eccentric and slightly unhinged world of university life. Take a trip through the spectrum of academic oddities and unearth the Easter eggs buried in peer reviewed papers, the weird and wonderful world of scholarly social media, and rats in underpants.

Procrastinating PhD student Glen Wright invites you to peruse his cabinet of curiosities and discover what academics get up to when no one’s looking. Welcome to the hidden silly side of higher education.

I read Sad Topographies for Non-Fiction November last year and it was amazing. After that I requested Phantom Architecture to continue my time with unique places and buildings. I have failed to read it so far (as per the theme of this post) and I don’t actually know why. It looks amazing and even flicking through it is enticing enough to bring it up here. I will definitely get to it as part of this year’s NFN!

A skyscraper one mile high, a dome covering most of downtown Manhattan, a triumphal arch in the form of an elephant: some of the most exciting buildings in the history of architecture are the ones that never got built.

These are the projects in which architects took materials to the limits, explored challenging new ideas, defied conventions, and pointed the way towards the future. Some of them are architectural masterpieces, some simply delightful flights of fancy. It was not usually poor design that stymied them – politics, inadequate funding, or a client who chose a ‘safe’ option rather than a daring vision were all things that could stop a project leaving the drawing board.

These unbuilt buildings include the grand projects that acted as architectural calling cards, experimental designs that stretch technology, visions for the future of the city, and articles of architectural faith. Structures like Buckminster Fuller’s dome over New York or Frank Lloyd Wright’s mile-high tower can seem impossibly daring. But they also point to buildings that came decades later, to the Eden Project and the Shard.

Some of those unbuilt wonders are buildings of great beauty and individual form like Etienne-Louis Boullée’s enormous spherical monument to Isaac Newton; some, such as the city plans of Le Corbusier, seem to want to teach us how to live; some, like El Lissitsky’s ‘horizontal skyscrapers’ and Gaudí’s curvaceous New York hotel, turn architectural convention upside-down; some, such as Archigram’s Walking City and Plug-in City, are bizarre and inspiring by turns. All are captured in this magnificently illustrated book.

For once on this list, I know exactly why I haven’t read this one yet… I really want to know what happened during the times of the Russian gulags and their deadly conditions but I am beyond apprehensive about the content within. I have struggled with difficult themes for a while now but it’s about time I got involved and returned recent dark history to remember those who suffered for our success. 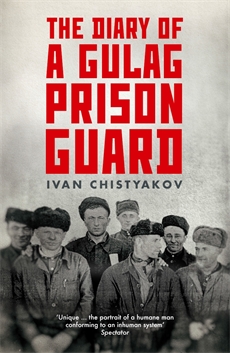 Translated from the Russian by Arch Tait

In the archives of the Memorial International Human Rights Centre in Moscow is an extraordinary diary, a rare first-person testimony of a commander of guards in a Soviet labour camp.

Ivan Chistyakov was sent to the Gulag in 1937, where he worked at the Baikal-Amur Corrective Labour Camp for over a year. Life at the Gulag was anathema to Chistyakov, a cultured Muscovite with a nostalgia for pre-revolutionary Russia, and an amateur painter and poet. He recorded its horrors with an unmatchable immediacy, documenting a world where petty rivalries put lives at risk, prisoners hacked off their fingers to bet in card games, railway sleepers were burned for firewood and Siberian winds froze the lather on the soap.

From his stumbling poetic musings on the bitter landscape to his matter-of-fact grumbles about his stove, from accounts of the conditions of the camp to reflections on the cruelty of loneliness, this diary is unique – a visceral and immediate description of a place and time whose repercussions still affect the shape of modern Russia.

Macabre? Creepy? Bizarre? Unsettling? I believe that Past Mortems is almost certainly all if these and more. I am always on the look out for books that will educate me and also give me the creeps (see reviews for Nine Pints and From Here To Eternity) and this has to fit that bill. It’s about time I got back into the more morbid aspects of existence! Wish me luck 😀 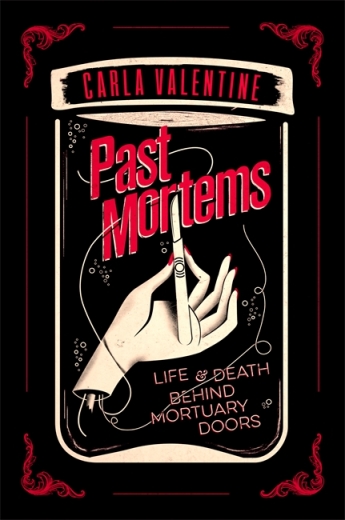 Let Carla Valentine, mortician and curator – the mistress of death and high queen of the specimen jar – tell the truth about, in her words: ‘exactly what happens when the mortuary doors swing shut or the lid of the coffin closes.’

A day in the life of Carla Valentine – curator, pathology technician and ‘death professional’ – is not your average day. She spent ten years training and working as an Anatomical Pathology Technologist: where the mortuary slab was her desk, and that day’s corpses her task list.

Past Mortems tells Carla’s stories of those years, as well as investigating the body alongside our attitudes towards death – shedding light on what the living can learn from dead and the toll the work can take on the living souls who carry it out. Fascinating and insightful, Past Mortems reveals the truth about what happens when the mortuary doors swing shut or the lid of the coffin closes . . .

I am getting more and more into different writing cultures as I continue blogging. I am constantly investigating new perspectives on writing and how it effects the world around us and Black Ink is set to be an excellent addition to these subjects. I hope this is as moving and in-depth as it sounds. Some people have literally fought and died to have the opportunity to share their words with the world. Their courage is overwhelming and I hope to get into Black Ink very soon. 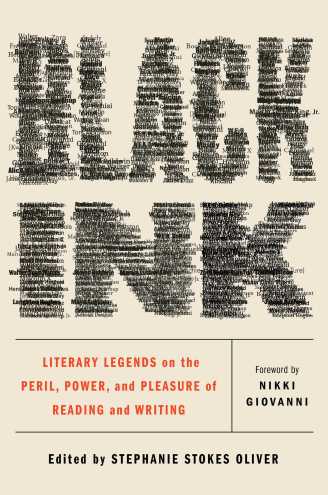 Spanning over 250 years of history, Black Ink traces black literature in America from Frederick Douglass to Ta-Nehisi Coates in this masterful collection of twenty-five illustrious and moving essays on the power of the written word.

Throughout American history black people are the only group of people to have been forbidden by law to learn to read. This unique collection seeks to shed light on that injustice and subjugation, as well as the hard-won literary progress made, putting some of America’s most cherished voices in a conversation in one magnificent volume that presents reading as an act of resistance.

Organized into three sections, the Peril, the Power, and Pleasure, and with an array of contributors both classic and contemporary, Black Ink presents the brilliant diversity of black thought in America while solidifying the importance of these writers within the greater context of the American literary tradition. At times haunting and other times profoundly humorous, this unprecedented anthology guides you through the remarkable experiences of some of America’s greatest writers and their lifelong pursuits of literacy and literature.

I appreciate everyone who takes the time to read my posts and shares their thoughts on my content. I you did enjoy the post then let me know! I didn’t even scratch the surface of my list so there will definitely be another list to be done in the coming weeks. I do actually need to spend quite a lot of time reading all these books so don’t hold me to that. Non Fiction November is by far my favourite time of the year for books! So much to talk about! Keep coming back this November for plenty more NF goodness.