Sent to me by Headline in exchange for an honest review.

Genre: Thriller (and so much more!)

Summed up in a word: Innovative

Playing With Death certainly exceeded my expectations. I was excited about reading it but I was concerned that it may not have much to add to an already packed genre. I was both wrong and right at the same time. Simon Scarrow and Lee Francis have successfully meshed two well explored genres into a novel that feels progressive. Taking a story about an old school serial killer and blending it with a sophisticated plot centred around a futuristic A.I. made the book into a bridge between old thrillers and the new thrillers of the future. I was concerned that Simon Scarrow may just be experimenting with the Thriller genre but the result was brilliant. Highly recommended. Full review below.

Haunted by a failed undercover mission, Rose can’t shake the memory of her close encounter with a ruthless serial killer – one who could strike again without warning.

The call to investigate a suspected arson attack that’s left a man dead is a welcome distraction. It’s not the kind of case usually assigned to the FBI, but nothing about this crime is usual. As Rose digs deeper, she finds herself confronting the sort of imagination her son might see in the fantasy worlds of his video games.

But when your opponent is a killer, nothing feels like a game…

Undercover FBI agent Rose Blake misses her opportunity to apprehend vicious serial killer Shane Koenig/The Backwoods Butcher when her sting operation fails to ensure his capture. Posing as a victim to gain access to his house Rose finds all the evidence she needs to put him away forever, detached limbs and all. Unfortunately, after a daring chase, Koenig escapes into the wilderness and after weeks of searching is not found. Playing with Death kicks off seven months after these events.

Rose’s career has taken a hit due to Koenig and has been confined to desk work since. Out of the blue Rose is called to the scene of an apparently unbelievable case of death by Arson. Her superior wants her opinion on the case and all of its absurdities. A man has burned to death at his computer, no signs of forced entry and no evidence of anyone else ever being in the room. The victim had been badly tortured before his death and the only clue they have in the whole case is the rubber material suit that the victim was wearing. A suit that looks suspiciously like the new Skin virtual reality suit that is due to be released in the coming months.

Simon Scarrow and Lee Francis have definitely crafted a leading-edge thriller that encompasses so many additional genres. From sci-fi, mystery and horror to psychological and dramatic. Playing with Death has so much to offer any adult reader, it is fundamentally focused on technology, cyber crime and mystery, but all these other genres have a solid involvement too.

Both SS and LF have covered a lot of ground in this novel and it does feel like they are pushing the boundaries. This novel is certainly not for everyone. The writing style is incredibly dark, harsh, the violence is graphic and very detailed and there are deeply twisted comedic moments thrown in for good measure. Despite all the chaos Playing With Death is certainly progressive, meshing the villains of the past and the enemies of the future so creatively. There is so much to cover in this review but I am also trying not to give too much away…

My favourite part about this novel has to be the villains. Having an old-school serial killer stalking his prey in the real world, while a complex military A.I is taking over the digital world at an alarming rate. Koenig is a classically conflicted and deeply troubled killer who has Rose in her sights at all times, plotting in the shadows. I won’t go too much into the A.I presence in PWD as that is the focus of the second half on the book. But it is a great addition to the story and it keeps the reader guessing right till the last page. It is a marriage that works so well and I was interested to see where SS and LF were taking this novel. Playing with Death does not paint an inviting picture of the near-future.

With the online world/social media taking up more and more of our lives, the next logical step is virtual reality. I was incredibly impressed with the virtual reality sections of this novel, they were immersive and changed the tone, as well as the atmosphere, of the novel brilliantly. My least favourite element to this novel is Rose. I found her to be difficult to connect with and I never felt invested in her own personal story. All the other characters have quirks or depth but Rose never fulfilled the role of main character for me very well.

Playing with Death is a novel that sets out to scare us about the lack of policing of the internet and how easy it is to be targeted online. It succeeds on this point fantastically. This novel is a chilling reminder to take care online and the importance of safeguarding. Simon Scarrow’s attention to detail, coming from his experience as a historical fiction writer, and Lee Francis’ experience in the world of TV and movies combine together to create a intelligent, bigger picture thriller that successfully made me fear the internet.

I highly recommend Playing with Death to all those readers with a strong stomach. The darker themes are unavoidable and my skin-crawled quite a bit whilst reading this. I have given the novel 4.5/5 stars as it is a great novel that explores some brilliant concepts. I did have some difficulties with the main character Rose, but in the over scheme of the novel, there is so much going on that her story was bound to get sucked up in the chaos. I hope you all get to a chance to pick this up and experience it for yourselves.

Pick up a copy of Playing With Death here: Headline / Amazon UK / Goodreads 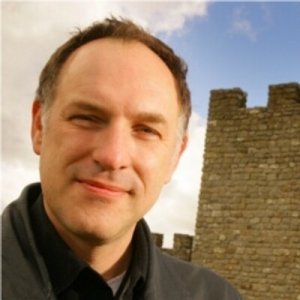 Simon Scarrow: A regular on the Sunday Times bestseller list with his historical novels, Simon Scarrow launches an exciting new strand to his writing with PLAYING WITH DEATH, written with Lee Francis: both an edge-of-your-seat thriller and a terrifying exploration of the dangers of the modern world.

Simon’s Eagles of the Empire novels are legendary amongst readers of historical fiction, and all his novels, including the World War II thriller HEARTS OF STONE, have been acclaimed by reviewers and readers alike. Prior to writing fiction Simon worked as a teacher and lecturer; he is now a full-time writer.

Lee Francis: Lee Francis worked for several years in the world of film, TV and advertising as a script reader and assistant director. PLAYING WITH DEATH, written with his former lecturer Simon Scarrow, is his first novel.