Sent to me by Orenda Books in exchange for an honest review.

Summed up in a word: Retribution

A successful entrepreneur in the mushroom industry, Jaakko Kaunismaa is a man in his prime. At just 37 years of age, he is shocked when his doctor tells him that he’s dying. What is more, the cause is discovered to be prolonged exposure to toxins; in other words, someone has slowly but surely been poisoning him. Determined to find out who wants him dead, Jaakko embarks on a suspenseful roller-coaster journey full of unusual characters, bizarre situations and unexpected twists.

It doesn’t really take much for me to want to pick up a book from Orenda as they are constantly bringing out fantastic fiction. The Man Who Died pulled me in immediately with the bizarre scenario of a man who is investigating his own murder. Jaakko Kaunismaa is a dead man, killed by a toxin that was slowly introduced to him over a prolonged period. He is not actually dead yet though, there is time for him to find out who wanted him dead and why. There are many suspects from his darling wife to the new (and shady) competitors that have moved in down the road from him and are trying to steal his mushroom business.

Jaakko embarks on a journey of discovery, betrayal and existential contemplation.

“It seems we all have our problems. Mine appear to be twofold: those affecting my life and those affecting my death. Until now I haven’t realised how closely the two are intertwined. When it comes to the crunch, death is really a distillation of life: everything is condensed into the single, colossal question of how best to live it.”

Tuomainen has an acceptance of death as a part of life that unsettled me throughout reading this. Forcing me to acknowledge that death is coming over the course of events was hardcore, but the novel is certainly worth a read. For the most part it is a surprisingly gratifying and comical experience. Tuomainen’s writing is impressively addictive and I enjoyed my time with Jaakko and his escapades. I loved the escalation of events the most. The wackiness of events continue to astound all the way to the conclusion. My only problem with this novel is the execution (pun not intended) of the finale. I was slightly disappointed how approach to the ending was handled, but overall it was a decent and meaningful result. There were just details that left me a tad arrgh!

This is certainly a novel everyone should read. Death is a common theme, but Tuomainen brings us an original story and a contrasting perspective that envelops it. Jaakko is changed by the news, deeply, dramatically and fiercely. He needs to understand and deliver retribution before he meets his maker. He becomes a risk-taker, fearless and somewhat crazy in his pursuit of the truth. This is a story you shouldn’t miss out on.

Pick up a copy of The Man Who Died here: Orenda Books / Amazon UK / Goodreads 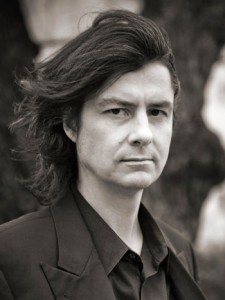 Finnish Antti Tuomainen (b. 1971) was an award-winning copywriter when he made his literary debut in 2007 as a suspense author. The critically acclaimed My Brother’s Keeper was published two years later. In 2011 Tuomainen’s third novel, The Healer, was awarded the Clue Award for ‘Best Finnish Crime Novel of 2011’ and was shortlisted for the Glass Key Award. The Finnish press labelled The Healer – the story of a writer desperately searching for his missing wife in a post-apocalyptic Helsinki – ‘unputdownable’. Two years later in 2013 they crowned Tuomainen ‘The King of Helsinki Noir’ when Dark as My Heart was published. With a piercing and evocative style, Tuomainen is one of the first to challenge the Scandinavian crime genre formula.