Welcome! Up until this point I thought it was healthier to not really address what is going on with my current TBR situation for a multitude of reasons… Mainly my sanity… Anyway I feel it is time to keep myself a bit more in control of my reading habits and I thought documenting my upcoming reads here might be the best start. I have so many books. Don’t we all. I have books I want to read. Books I should have read already. Books I’ve put on hold. Books that I even want to re-read. Here is a current list of what I am aiming to have read in the coming weeks. I will be doing plenty of these posts so keep your eye out and please let me know if you have (or want to) read any of these already because I can always do with endorsements from yourselves. Enjoy the list.

When I was younger I didn’t know a thing about death. I thought it meant stillness, a body gone limp. A marionette with its strings cut. Death was like a long vacation – a going away.

The Migration seems to me to be a really unique and surreal read. Helen Marshall is more of a poet and short story writer and I am interested to see how that translates over to a full length novel. The Black Plague is an area of history that I haven’t really explored so hopefully we get some great insights in this story. I am also intrigued by the darker more unnatural side to this narrative and I hope it is as unsettling as it looks. 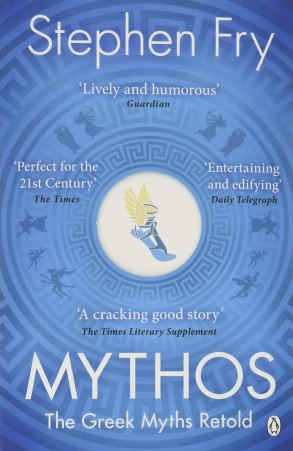 No one loves and quarrels, desires and deceives as boldly or brilliantly as Greek gods and goddesses.

In Stephen Fry’s vivid retelling we gaze in wonder as wise Athena is born from the cracking open of the great head of Zeus and follow doomed Persephone into the dark and lonely realm of the Underworld. We shiver when Pandora opens her jar of evil torments and watch with joy as the legendary love affair between Eros and Psyche unfolds.

Mythos captures these extraordinary myths for our modern age – in all their dazzling and deeply human relevance. 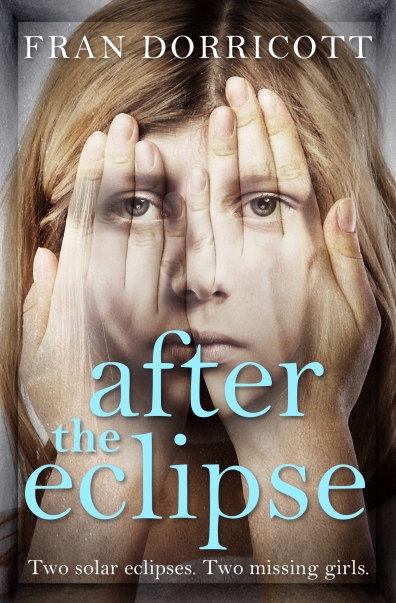 A little girl is abducted during the darkness of a solar eclipse. Her older sister was supposed to be watching her. She is never seen again.

Sixteen years later and in desperate need of a fresh start, journalist Cassie Warren moves back to the small town of Bishop’s Green to live with her ailing grandmother. When a local girl goes missing just before the next big eclipse, Cassie suspects the disappearance is connected to her sister – that whoever took Olive is still out there. But she needs to find a way to prove it, and time is running out.

I love thrillers with a twist and After The Eclipse could be the best one yet. Bringing solar eclipses into the fold might be genius. I hope so because if this story hits the mark then I will be a fan for life. We will find out pretty soon! 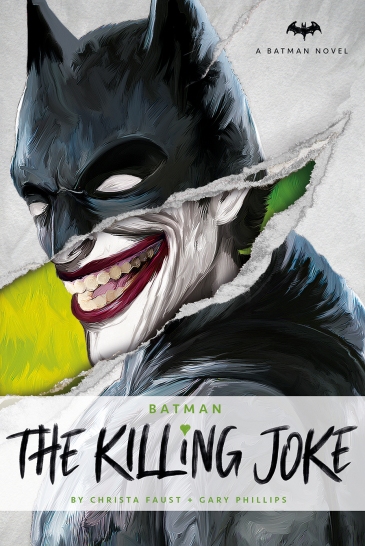 Faced with overwhelming poverty and a pregnant wife, a tragic, struggling comedian is forced to turn to crime. In his first heist, he is immersed in toxic chemicals that disfigure him bizarrely, driving him mad and thus giving birth to The Joker.

For years, the Clown Prince of Crime has been caught in a dance of violence with his greatest nemesis, the Batman. Escaping Arkham Asylum, he plots his most lethal caper. This will be the ultimate punch line… his KILLING JOKE.

In their mission to protect Gotham City, Batman and Batgirl (Barbara Gordon) pursue ruthless criminals such as the grandiose Maxie Zeus and Antonio “Python” Palmares. Simultaneously, Commissioner James Gordon and Detective Harvey Bullock take on a cartel distributing the latest designer drug-“giggle sniff,” derived from a venom created by The Joker.

This rapid-fire sequence of events spirals together to threaten Batman’s closest friends and allies, and locks the two eternal foes in their ultimate death match.

The Killing Joke is THE Batman Comic. It is a defining story arc that changed the game all together. I am ecstatic to be able to read the novelisation. I hope this iconic tale is even better in print. We shall see.

When she was only seven years old, Harleen Quinzel witnessed her father being beaten up by thugs, and then arrested by the police. That night she ran away to the safest place she could think of: Coney Island amusement park. But there, pursued into the Funhouse by the men who brutalised her father, she beheld unimaginable horrors.

Years later, Harleen has put her past behind her, and used her intelligence and ambition to escape her childhood of poverty with a career in psychiatry. Assigned to her first position at Arkham Hospital, she will discover, deep in the asylum, something dangerous and alluring, something quite unlike anything else she has ever known before: The Joker. Because why would you settle for love, when you could have MAD LOVE?

From the moment that Harleen finds a rose on her desk, to the moment she dons her harlequin hat, this is the definitive story that chronicles the obsession, the burning desire, the manic laughter, and the birth of one of the most controversial and popular comic book supervillains ever created: Harley Quinn.

Another stellar novelisation. I don’t know much about Harley Quinn so Mad Love will most assuredly get me up to speed. I have heard from other bloggers that it is a great read so I am looking forward to it.

For generations, an apocryphal cabal has controlled Gotham from the shadows, wielding fear and violence through its undead assassins, the Talons. THE COURT OF OWLS.

Dating back centuries, its leaders are men and women of wealth and influence who meet in secrecy, hiding their identities behind stark white masks. Employing science and alchemy, they sought to kill Bruce Wayne who, as Batman, dealt them their greatest defeats. Even then they faded back into the darkness, and he could not eliminate them entirely.

Now, Gotham City is plagued with a series of brutal murders in which mutilated bodies are burned almost beyond recognition. Batman and his allies—including Nightwing and Batgirl—quickly realize that the Talons have returned, yet the reason for the killings remains tauntingly unknown.

As the heroes seek answers, their path stretches back more than a century. Should the Owls obtain what they seek, it could grant them power that no one could counter. With each moment that passes, more victims appear.

Batman must stop the Talons before they kill again.

The Court Of Owls was written to celebrate 80 years of the Batman. Based on Scott Synder’s concept that was part of the Batman comic series that came out in 2011. I am interested in learning a lot more about this secret and formidable organisation. It is always interesting to see how they develop and craft new ways to invigorate such iconic characters and present them with new challenges.

In 1942, Jewish courier Ester is betrayed, narrowly avoiding arrest by the Gestapo. In a great haste, she escapes to Sweden, saving herself. Her family in Oslo, however, is deported to Auschwitz.

In Stockholm, Ester meets the resistance hero, Gerhard Falkum, who has left his little daughter and fled both the Germans and allegations that he murdered his wife, Åse, who helped Ester get to Sweden. Their burgeoning relationship ends abruptly when Falkum dies in a fire.

And yet, twenty-five years later, Falkum shows up in Oslo. He wants to reconnect with his daughter. But where has he been, and what is the real reason for his return? Ester stumbles across information that forces her to look closely at her past, and to revisit her war-time training to stay alive…

I really don’t read enough of this kind of novel and I know for a fact that Kjell Ola Dahl is a superb writer, so it is time to get involved. Being both historical and thrilling is more than enough to get me interested! 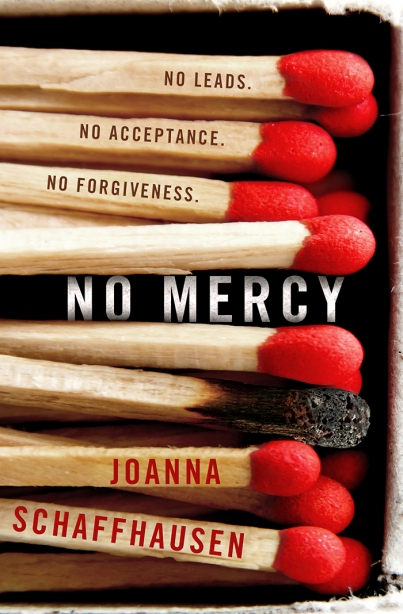 Police officer Ellery Hathaway is on involuntary leave from her job because she shot a murderer in cold blood and refuses to apologize for it. Forced into group therapy for victims of violent crime, Ellery immediately finds higher priorities than “getting in touch with her feelings.”

For one, she suspects a fellow group member may have helped to convict the wrong man for a deadly arson incident years ago. For another, Ellery gets entangled in the desperate requests of a woman who survived a brutal rape. He is still out there, this man with the spider-like ability to climb through bedroom windows. Ignoring all warnings, Ellery starts digging around in everyone’s past but her own – a move that, at best, could put her out of work permanently, and at worst, could put her in the city morgue.

The Vanishing Season was a brilliant psychological thriller so it is a pleasure to return to Joanna’s work. There is a lot of love for No Mercy already and I want to get in on the ground level. Ellery Hathaway is a great protagonist and it will be interesting to see her narrative continue.

Thanks for coming by to see what’s on the agenda at Always Trust In Books. This is a great list of books and I am very grateful to Titan Books for supplying most of them. I am on a real reading frenzy at the moment and I am loving it. Before the holidays I was a bit meh! with reading and it was really bothering me. I am glad that I got that passion back, thank you Master Of Sorrows, and I hope it is here to stay. Let me know if you have read any of these books as I want to know. Look out for plenty more of these posts in the near future!

I prefer the book
Book Rant Book Reviews
Being Anne...