Hello everyone! Welcome to my first ‘upcoming releases’ post. I have been putting out Waiting On Wednesday posts for a long time but I though it best to combine several editions into one big convenient post for time reasons. Everyone enjoys the anticipation of an upcoming release, unless its one of those painful ones such as The Toll by Neil Shusterman, and I love the chance to celebrate that anticipation. In this post I will share several releases that I can’t wait to pick up. Sharing the artwork, synopsis and some explanation of why I am so excited for the release. Enjoy the post and let me know about books you are looking forward to reading in the coming months. (Click on each cover image for the link to the publisher page)

Upcoming Releases I Am Excited About – January 2018 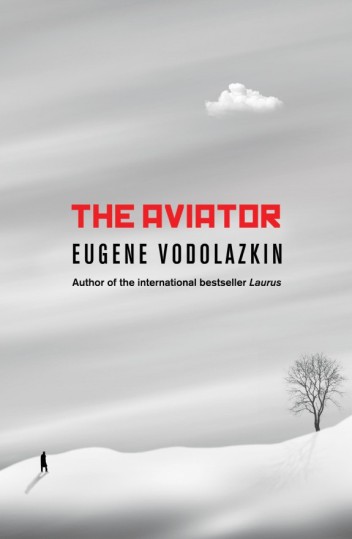 A man wakes up in a hospital bed, with no idea who he is or how he came to be there. The only information the doctor shares with him is his name: Innokenty Petrovich Platonov.

As memories slowly resurface, Innokenty begins to build a vivid picture of his former life as a young man in Russia in the early twentieth century, living through the turbulence of the Russian Revolution and its aftermath. Soon, only one question remains: how can he remember the start of the twentieth century, when the pills by his bedside were made in 1999?

Reminiscent of the great works of twentieth-century Russian literature, with nods to Dostoevsky’s Crime and Punishment and Bulgakov’s The White Guard, The Aviator cements Vodolazkin’s position as the rising star of Russia’s literary scene.

My Thoughts: I have up until this point completely missed out on any Russian literature. This stops with Avaitor. This novel looks to be brimming with mystery and culture and I am ready to get involved. 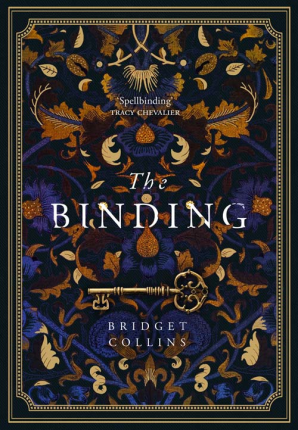 Published by: The Borough Press

Emmett Farmer is working in the fields when a letter arrives summoning him to begin an apprenticeship. He will work for a Bookbinder, a vocation that arouses fear, superstition and prejudice but one neither he nor his parents can afford to refuse.

In a vault under his mentor’s workshop, row upon row of books and memories are meticulously stored and recorded.

Then one day Emmett makes an astonishing discovery: one of them has his name on it.

THE BINDING is an unforgettable, magical novel: a boundary-defying love story and a unique literary event.

My Thoughts: This concept has been explored many times before but the idea for memories to be stored in bound books has hooked me in! If this is anything like Eternal Sunshine For The Spotless Mind but with bookish personality, then I will be so happy! 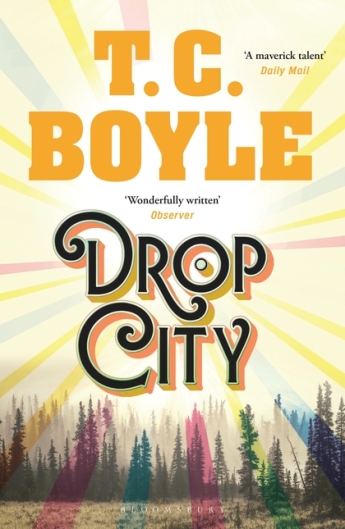 Synopsis: Star has travelled to Drop City – forty-seven sun-washed acres of commune in California to be free from her home, from society’s constraints, and to feel part of something important. But she starts to suspect that free love was invented by some spotty dude who couldn’t get laid any other way, and that chilled out means lazy. And as for peace-living, there seems to be an ugly undercurrent of violence. Then, when rape charges are brought and the police threaten to close down Drop City, the hippies decamp to the wilds of Alaska where they intend to live off the land. But instead the community runs into trouble, unexpected friendships are made and dangerous enemies are born.

My Thoughts: T. C. Boyle is an unusual author who takes interesting stories from recent history and novelises them in amazing ways. The Terranauts was a sensational read. Drop City could be a really cool novel as I don’t really know much at all about hippie culture in America and how it faded away but I’m sure TC Boyle has me covered! 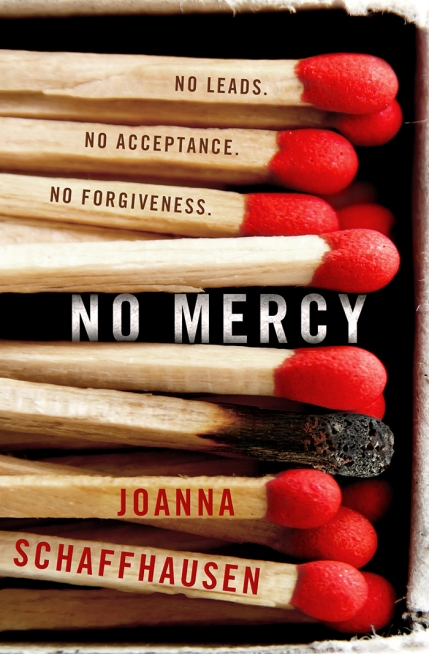 Synopsis: Police officer Ellery Hathaway is on involuntary leave from her job because she shot a murderer in cold blood and refuses to apologize for it. Forced into group therapy for victims of violent crime, Ellery immediately finds higher priorities than “getting in touch with her feelings.”

For one, she suspects a fellow group member may have helped to convict the wrong man for a deadly arson incident years ago. For another, Ellery gets entangled in the desperate requests of a woman who survived a brutal rape. He is still out there, this man with the spider-like ability to climb through bedroom windows. Ignoring all warnings, Ellery starts digging around in everyone’s past but her own – a move that, at best, could put her out of work permanently, and at worst, could put her in the city morgue.

My Thoughts: I have seen No Mercy all over the book community and it looks so good. I haven’t been reading nearly enough crime fiction recently so it is time to get back into the swing of things. No Mercy looks to be an excellent place to start. 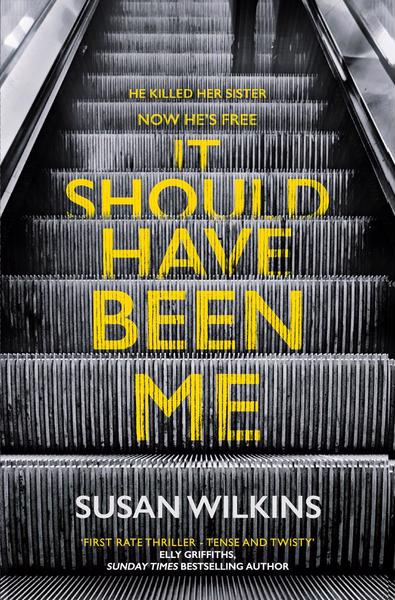 Synopsis: She thought she knew everything about her sister. It seems she was wrong . . .

DC Jo Boden was eleven years old when her older sister, Sarah, was brutally murdered during her first year at University. Her boyfriend, Nathan Wade, was convicted of the killing.

Now, sixteen years later, Wade is being released on licence and documentary film-maker, Briony Rowe, says she can prove his innocence.

The Boden family has never recovered from the tragedy, and they have always been certain that Wade is guilty. But Jo, who grew up believing her sister was perfect in every way, starts to question the evidence which put Wade behind bars. And perhaps Sarah harboured some very dark secrets of her own . . .

It Should Have Been Me by Susan Wilkins is a taut and pacey psychological thriller for fans of Clare Mackintosh, Lisa Jewell and Susie Steiner.

My Thoughts: I need a big list of psychological thrillers to enjoy in 2019 and It Should Have Been Me is going at the top. Certainty in guilt can be a very interesting premise because it is a fragile hope that can easily destroy lives all over again. Family secrets you say…? I am ready to get involved! 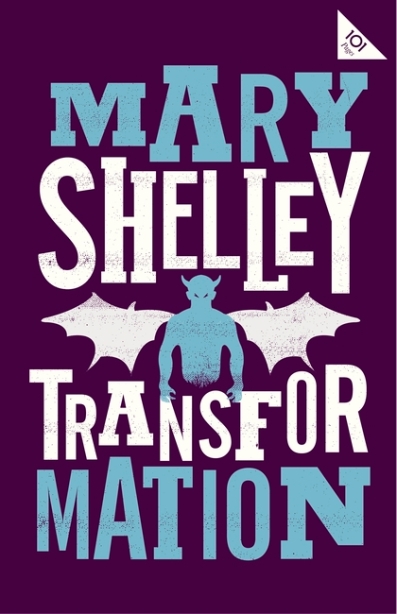 Synopsis: “Having frittered away his family’s fortune in Paris, the profligate Guido il Cortese incurs the wrath of his future father-in-law and finds himself in exile from his native Genoa and harbouring plans for revenge. After a mighty storm, he sees a mysterious, misshapen creature emerging from the sea, with whom he makes an infernal bargain to exchange bodies, with momentous consequences.

First published in 1831 and here presented with the supernatural stories ‘The Evil Eye’ and ‘The Immortal Mortal’, the chilling Gothic tale ‘Transformation’ is a paragon of the genre by the author of Frankenstein.

My Thoughts: Transformation looks and sounds so cool. Frankenstein is an absolute classic but it is always good to see other great tales come to the forefront. This should be a short yet not so sweet tale to look to enjoy at the end of the month 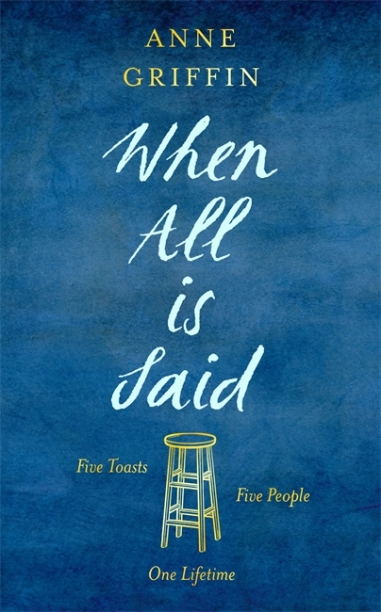 Synopsis: ‘I’m here to remember – all that I have been and all that I will never be again.’

At the bar of a grand hotel in a small Irish town sits 84-year-old Maurice Hannigan. He’s alone, as usual -though tonight is anything but. Pull up a stool and charge your glass, because Maurice is finally ready to tell his story.

Over the course of this evening, he will raise five toasts to the five people who have meant the most to him. Through these stories – of unspoken joy and regret, a secret tragedy kept hidden, a fierce love that never found its voice – the life of one man will be powerfully and poignantly laid bare.

Heart-breaking and heart-warming all at once, the voice of Maurice Hannigan will stay with you long after all is said.

My Thoughts: This variety of novel is one of my favourite to review because they are usually such a change up from your usual read that it is great to talk about them. Plus Sceptre always supports ambitious and alternative authors who are a interesting to experience. Just go check out The Reason I Jump by Naoki Higashida and thank me later. I like the sound of this concept, I hope it works out well! 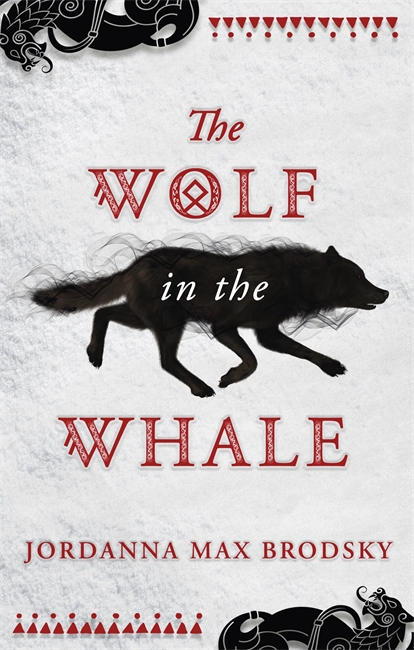 Synopsis: Born with the soul of a hunter and chosen by the spirit of the Wolf, Omat is destined to follow in her grandfather’s footsteps – invoking the spirits of the land, sea and sky to protect her people.

But the gods have stopped listening, the seals won’t come and Omat’s family is starving. Alone at the edge of the world, hope is the only thing they have left.

Desperate to save them, Omat journeys across the icy wastes, fighting for survival with every step. When she meets a Viking warrior and his strange new gods, they set in motion a conflict that could shatter her world . . . or save it.

Blending myth and magic from Norse and Inuit folklore, The Wolf in The Whale is a captivating tale of identity and survival featuring an unforgettable narrator who will do anything to protect those she loves, even confront the gods themselves.

My Thoughts: Norse mythological AND Inuit folklore!?!?! I’m in. No explanation needed. 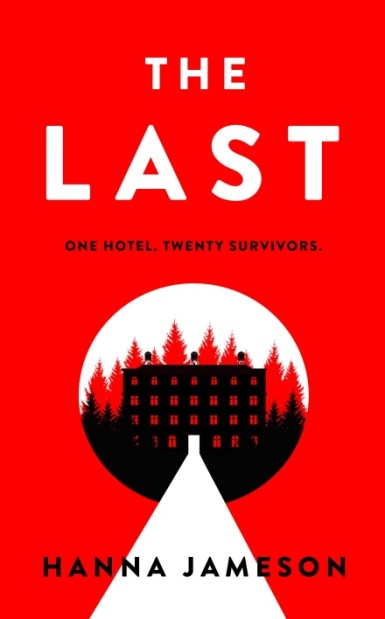 Historian Jon Keller is on a trip to Switzerland when the world ends. As the lights go out on civilisation, he wishes he had a way of knowing whether his wife, Nadia, and their two daughters are still alive. More than anything, Jon wishes he hadn’t ignored Nadia’s last message.

Twenty people remain in Jon’s hotel. Far from the nearest city and walled in by towering trees, they wait, they survive.

Then one day, the body of a young girl is found. It’s clear she has been murdered. Which means that someone in the hotel is a killer.

As paranoia descends, Jon decides to investigate. But how far is he willing to go in pursuit of justice? And what kind of justice can he hope for, when society as he knows it no longer exists?

My Thoughts: What’s not to be excited about? Apocalypse. Murder. Mystery. Paranoia. Bright Colours! I am still recovering from The Seven Deaths Of Evelyn Hardcastle so this might be a good top up! This novel provides some great questions about the end of society as we know it and I look forward to seeing it play out.

Thank you all as usual for stopping by to read my endless ramblings about books. There are too many books to read! Even if I could speed read 12 books a day, 7 days a week, it still wouldn’t be enough. But I can look forward to each of them, and hope I get a chance to read them so here we are. It would be awesome if this list tempts or informs so let me know if you are interested in any of these titles too. I am always looking for more books to read so if I have missed a vital read then please let me know. Keep an eye out for more of these posts in the coming months if you want to keep up with new books coming out soon.